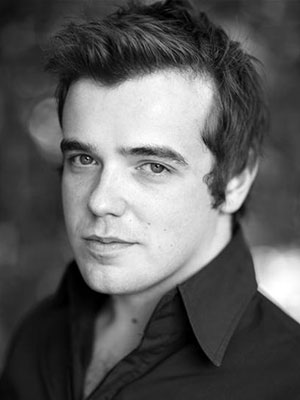 James was born and raised in Doncaster, England. Following a Law Degree at The University of Liverpool, he trained classically at Birmingham School of Acting. Since then, James has worked internationally as an actor and stand-up comedian. Recently, James appeared Off-Broadway in New York City with Potted Potter, followed by a tour of the USA. In 2010, James became the youngest actor to ever play the role of Wilbur Turnblad, in Hairspray:The Musical (USA), a role he reprised in 2011. He has also starred in a variety of productions, including title roles in Julius Caesar (UK Tour) and Romeo & Juliet, The Importance Of Being Earnest (Derby), Snow White (Doncaster), Sleeping Beauty (Wimborne), Edward VIII (National Trust), Dick Whittington (UK Tour), St. Trinian’s: The Musical (London), The Memory Of Water (Birmingham) and Iago in Othello (Birmingham). James also appeared in the American comedy improv show, Throw Me A Line and was the resident comedian on the world’s largest cruise ship, Royal Caribbean’s Oasis of The Seas.
Twitter – @james_percy